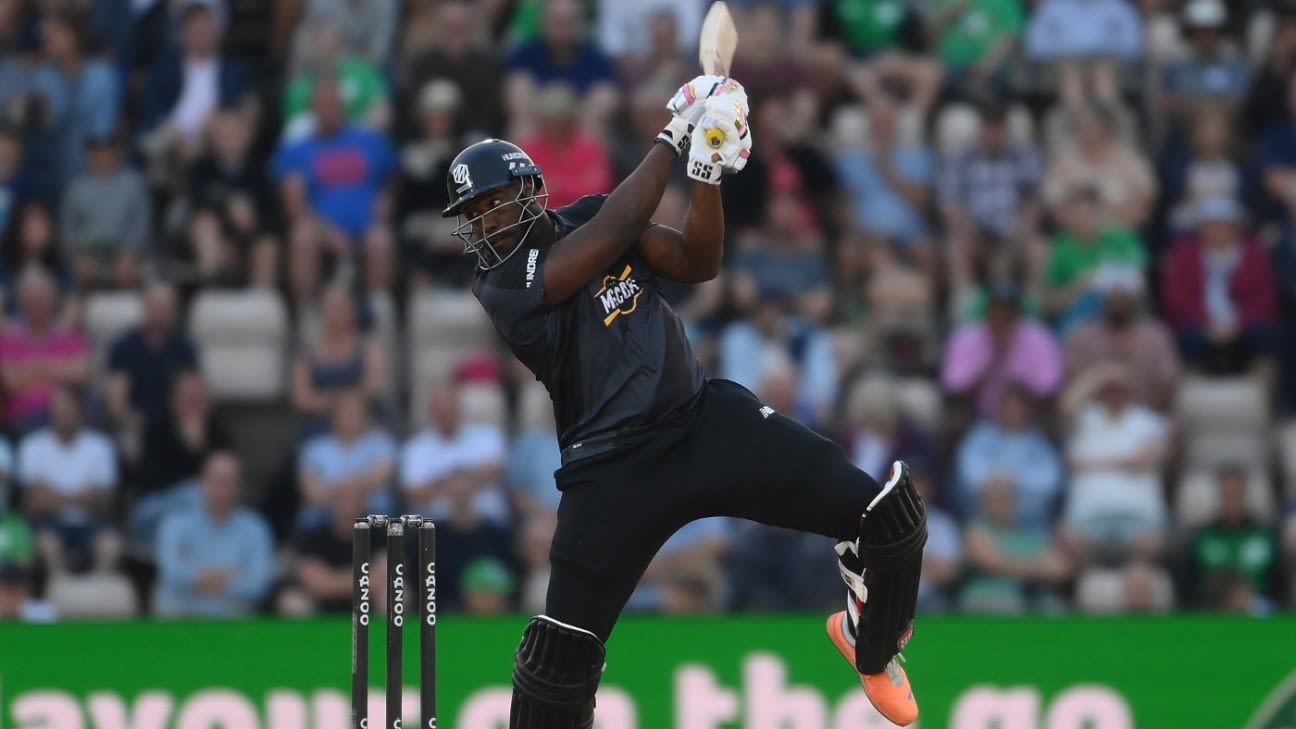 Brave have claimed just one win in their opening five matches after a disappointing home defeat which effectively ends their chances of defending their title.

Matt Parkinson finished the game by having Michael Hogan stumped as Brave were bowled out with 16 balls to spare. Originals, with only one victory from their opening four matches, had earlier started slowly against the pace of Garton and Hogan.

But the match burst into life in Dan Moriarty’s first set on his Brave debut. Phil Salt smashed the Surrey spinner for two fours, either side of offering a tough chance to Fuller.

Buttler was not to be outdone, audaciously scooping 41-year-old Hogan for four as the visitors reached an impressive 46 for no wicket at the end of the 25-ball powerplay.

Just as in the women’s game earlier, spin proved harder to attack. Lintott’s first set went for just two and he suckered the dangerous Salt into picking out long-off with the first ball of his second spell.

Buttler quickly became the aggressor, hoisting Stoinis and Lintott for massive maximums. The leading run-scorer in this year’s IPL reached a 32-ball half-century shortly after Wayne Madsen had been brilliantly run out by Stoinis’ pinpoint throw.

Fellow big-hitter Russell soon joined in the carnage. The allrounder deposited Fuller for six over midwicket before he and Buttler traded maximums off the unfortunate Garton in a barnstorming partnership of 51 off 25 deliveries.

Buttler’s dismissal by Hogan did little to stem the flow of runs for a depleted Brave attack badly missing the services of England stars Jofra Archer, Chris Jordan, Tymal Mills and Craig Overton.

Russell then went into overdrive as Originals obliterated the previous best team score in the men’s Hundred at the Ageas Bowl, recording the fourth-highest men’s score in the entire competition.

Garton’s drop off Russell summed up a tricky night in the field for Brave before the West Indies star clubbed 24 off the final set to boost Originals up to a total which always looked beyond the home side.