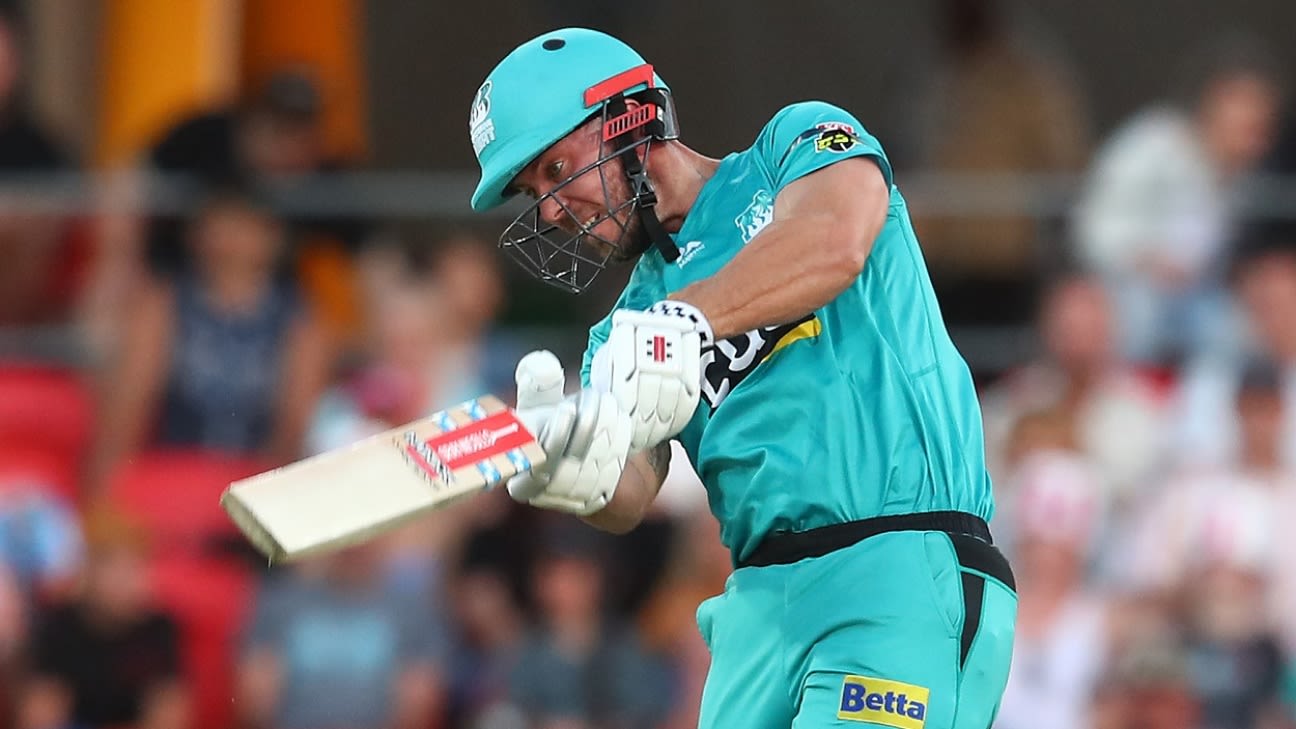 Chris Lynn, the leading run-scorer in BBL history, has signed with Adelaide Strikers in a deal that will see him play 11 of the 14 group matches before heading to the UAE to take up his ILT20 stint with Gulf Giants.

In what is a significant deal, a compromise has effectively been reached for Lynn to split himself between the two T20 competitions. He will be granted a No Objection Certificate from January 20, with Lynn’s last Strikers match being their clash with his former club Brisbane Heat in Adelaide on January 14. It means he will miss the opening matches of the ILT20 which is due to start on January 6.

There had been the threat of a stand-off between Lynn and CA with the batter not holding a contract anywhere in Australia, after being released by Heat earlier this year and signing up with the ILT20, but still requiring an NOC. The legal advice was that CA could have been taken for restraint of trade if they had tried to enforce that position.

“Cricket Australia welcomes the Adelaide Strikers’ signing of Chris Lynn,” a CA spokesperson said. “He will be released from 20 January to participate in UAE’s ILT20 competition from that date.

“Lynn does not hold a CA or State contract and has not done so since his last Queensland Cricket contract expired in June 2019. Each matter regarding release for overseas competitions is subject to the individual’s circumstances.

“Our guiding principle remains the prioritisation and protection of Australia’s domestic summer of cricket and the interests of the game overall.”

Lynn will face his former club twice during the BBL season with a trip to the Gabba on December 23. He acknowledged how his situation had required both the BBL and the ILT20 to work together.

“I’d like to thank Cricket Australia for how cooperative they’ve been as well as the Adani group from the Emirates, they’ve been really proactive in understanding the situation,” he said. “Without those guys and CA working together it wouldn’t be possible, I’ve got a lot of respect for those guys.”

“We all know the qualities that Chris Lynn brings to the table. He is a proven match-winner, an experienced leader and a great character to have around the group,” Strikers’ head coach Jason Gillespie said. “His record speaks for itself. We’re thrilled to have him and know he can play an important role for us this summer.”

He had been a single-club player in the BBL until being cut by Heat in May as the club opted to look elsewhere to try and revive their fortunes. He had a lean 2021-22 tournament with 215 runs in 12 innings but in recent months enjoyed a prolific T20 Blast campaign with Northamptonshire.

Lynn’s deal follows the big-money offer made to David Warner in his two-year deal to return to Sydney Thunder. With the increasing competition from new T20 leagues, CA has had to make pragmatic decisions to ensure key players appear in the BBL.