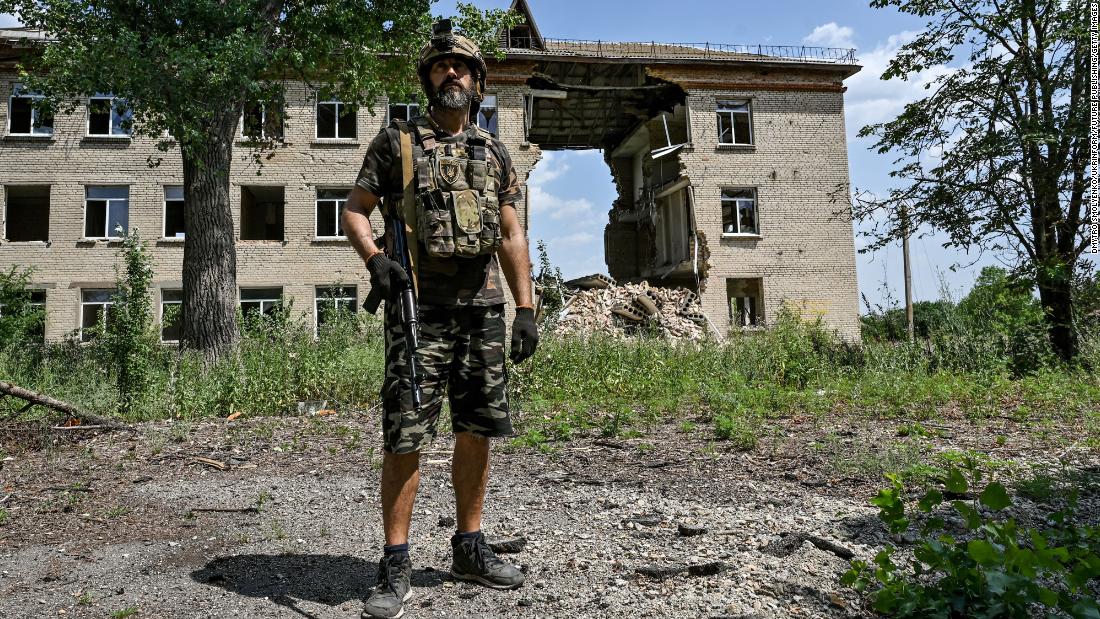 Troops march down the Champs-Elysées during the Bastille Day parade on July 14, in Paris, France. (Christophe Ena/AP)

Nine NATO countries affected by the Russian aggression in Ukraine have been invited to take part in the traditional Bastille Day parade in Paris on Thursday, to demonstrate France’s commitment to its partners and allies.

“Why this signal? Because France has been resolutely committed to strengthening the deterrent and defensive posture of NATO since the beginning of the war in Ukraine,” he added.

Estonia, Latvia, Lithuania, Poland, the Czech Republic, Slovakia, Hungary, Romania, and Bulgaria “will have the honor of opening the parade on foot” with 106 troops.

French troops deployed to NATO’s Eastern Flank will follow the march down the Champs-Elysées.

French President Emmanuel Macron is also set to give a rare 45-minute live interview from the Elysée Palace after taking part in the parade.

In France, July 14 marks the anniversary of the capturing of the Bastille prison in 1789 — a symbol of the French Revolution — and a military parade takes place every year down the Champs-Elysées.

A total of 4,925 troops are to take part this year, alongside 65 fixed-wing aircraft, 25 helicopters, 181 vehicles, and 200 horses of the Republican Guard.

Zeeshan Akramhttp://tattlecorner.com
Hi, I am Zeeshan. I am the founder and developer of Tattle Corner. I am an ACCA student and a part-time freelancer.
RELATED ARTICLES
TOP STORIES

The Studio 3D Mini is a good $899 soundbar, but you can do better | CNN Underscored