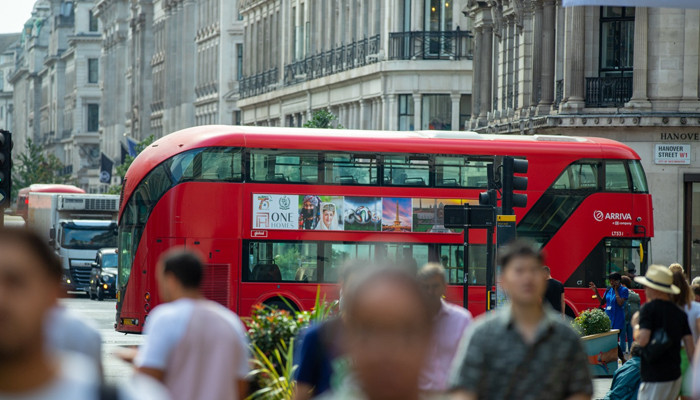 The campaign, being run in collaboration with London-based leading real estate developer ONE Homes, features the beauty of Pakistan and its culture from Islamabad Monument and K2 to Badshahi Masjid and the three World Cup footballs Pakistan has produced.

Commenting on the campaign, High Commissioner Moazzam Ahmad Khan said: “We’re proud to launch this campaign to celebrate 75 years of Pakistan’s independence and 75 years of Britain and Pakistan relations.”

“Pakistan’s diversity and beauty is unparalleled and we have featured various elements in this campaign which will be seen by millions in the global melting pot of Central London.”

The campaign which runs along London’s busiest routes including Oxford Street, Edgware Road, Piccadilly Circus and London’s famous Harrods department store is expected to be seen by over 10 million people throughout the campaign.

Pakistan’s Ambassador-at-Large on Investment, Zeeshaan Shah said: “London is the capital of the world and the United Kingdom a nation Pakistan has a rich shared history with.”

“There is no better place in the world than the beautiful city of London to celebrate 75 years of Pakistan’s Independence and 75 years of Great Britain and Pakistan’s bilateral relations.”

London’s red double-decker buses have become a global icon with leading brands using them to project themselves to wealthy global audiences.

The buses pass through the routes which are popular with tourists and locals alike who frequent central London location during the summer period. London is seeing a huge influx of international and local tourists for the first time after the UK came out of the COVID lockdown.