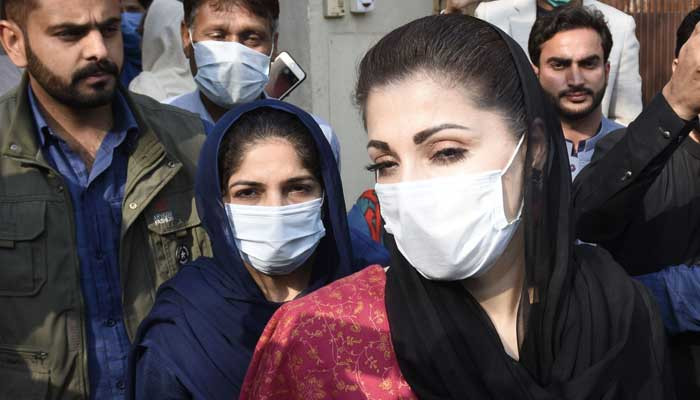 PML-N vice president Maryam Nawaz, in a brief announcement on Saturday, said she is “Covid positive”.

Maryam was of late busy campaigning ahead of the by-polls in 20 Punjab constituencies. She addressed back-to-back rallies yesterday, in Lahore and Multan.

“Sad to hear that Maryam baiti [and] Capt Safdar have been diagnosed with Covid. My profound prayers and best wishes are with them for an early recovery,” Prime Minister Shehbaz Sharif wrote on Twitter.

“The way she led the PML-N political campaign has made all of us proud. Get well soon, Gurriya [and] Safdar,” he added.

Earlier run ins with the virus

This is not the first time the PML-N leader has caught the virus. In July 2021, party spokesperson Marriyum Aurangzeb announced Maryam has tested positive.

At the time Maryam said she has flu, cough and fever and is being treated at home.

“Overwhelmed by outpouring of prayers and good wishes,” she said.

Last year the PML-N leader led the party’s election campaign for the July 25 polls in Azad Jammu and Kashmir (AJK).

In March that same year Maryam contracted “high fever” and was experiencing severe pain in her throat, according to Aurangzeb.

“Maryam Nawaz has suspended her political activities for four days,” she said in a statement. “She has also gotten herself tested for coronavirus.”

Later, it was reported that her test came back negative.