HomeWORLDPAKISTANIshaq Dar to return to Pakistan next week, will assume Senator’s post
WORLDPAKISTAN

Ishaq Dar to return to Pakistan next week, will assume Senator’s post 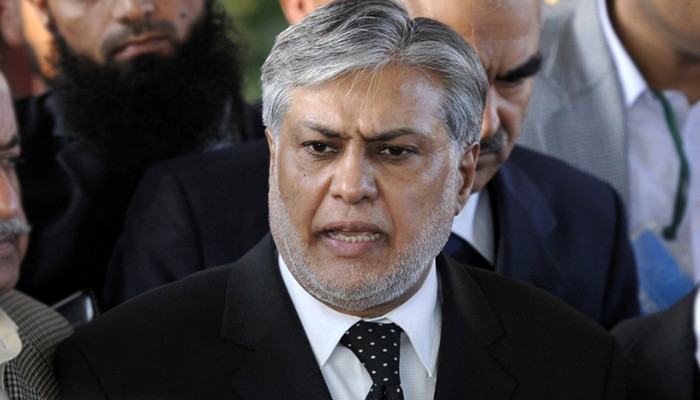 LONDON: Former finance minister Ishaq Dar has decided to return to Pakistan before October 7, confirming that he will probably be in Pakistan next weekend.

Speaking to Geo.tv, he said that he will take oath as a Senator immediately after his return.

Addressing rumours regarding him replacing Finance Minister Miftah Ismail, he said: “I will perform whatever duty is assigned to me by [PML-N supremo] Nawaz Sharif and Prime Minister Shehbaz Sharif.”

He revealed that Shehbaz will return to London after attending the United Nations General Assembly summit being held in New York. “I will adhere to whatever is decided after consultations with Shehbaz and Nawaz,” he maintained.

Earlier today, an accountability court in the federal capital suspended the arrest warrants of the former finance minister till October 7 in a case pertaining to him being a proclaimed offender.

Commenting on the court’s decision, he said that he will have to return before that.

Accountability court judge Mohammad Bashir issued the orders today and directed the authorities to not arrest the ex-federal minister — who is currently in London — upon his arrival in Pakistan.

The judge said that once Dar returns to Pakistan, the court will see whether it should revoke his arrest orders or not.

“The arrest warrants will be permanently suspended once Dar appears before the court in person,” the judge said.

The politician moved to accountability court on Thursday after the Supreme Court dismissed Dar’s appeal in a corruption case following his decision to withdraw the plea.

In 2017, an accountability court, while hearing a corruption reference against Dar, declared him a proclaimed offender due to his continued absence from the proceedings.