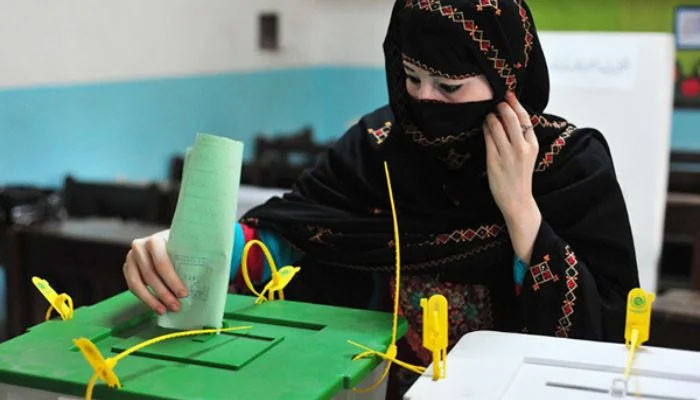 KARACHI: Voting is underway for the NA-245 by-poll in Karachi, with 15 candidates contesting for the National Assembly seat that fell vacant after the death of Aamir Liaquat Hussain, who was elected on a PTI ticket in 2018.

The polling process started at 8am and will continue till 5pm today (Sunday).

The constituency is set to witness a tough contest among candidates of the PTI, MQM-P and Farooq Sattar. The MQM-P seems to have an edge as the PPP and Jamiat Ulema-e-Islam-Fazl (JUI-F) have withdrawn their candidates in favour of MQM-P.

The Election Commission of Pakistan (ECP) said it finalised arrangements to hold the NA-245 by-polls in Karachi amid strict security.

The electoral body said 263 polling stations have been set up, of which 60 have been declared sensitive and 203 most sensitive.

The by-poll in this constituency was scheduled for July 27, however, the ECP postponed the election owing to the lashing rains in the metropolis.

Urging the public to exercise their democratic right to vote without any fear, Chief Election Commissioner (CEC) Sikandar Sultan Raja directed to ensure transparency and maintain peace at all costs during the ongoing polling process in Karachi’s NA-245 constituency.

“Riots and interference in the polling process will not be tolerated,” the CEC said and warned of swift action against violations of the law.

He directed the police and law enforcement agencies to remain alert and apprehend those who try to create unrest inside a polling station.

Indiscriminate and swift action will be taken against each incident of the violation of law, he vowed.

The CEC urged the public not to believe in rumours and contact the ECP’s provincial and central control rooms for verified information and to lodge their complaints.

A strict security plan has been chalked out to maintain law and order during polling, according to the ECP.

Additional Inspector General of Police Karachi Javed Alam Odho said that paratroopers are standing guard at the polling stations besides the police.

The police official said no political leader will be allowed to have a private gunman. There are CCTV cameras at highly sensitive polling stations, he said.