HomeWORLDPAKISTANMiftah Ismail not in favour of opening letters of credit as dollar...
WORLDPAKISTAN 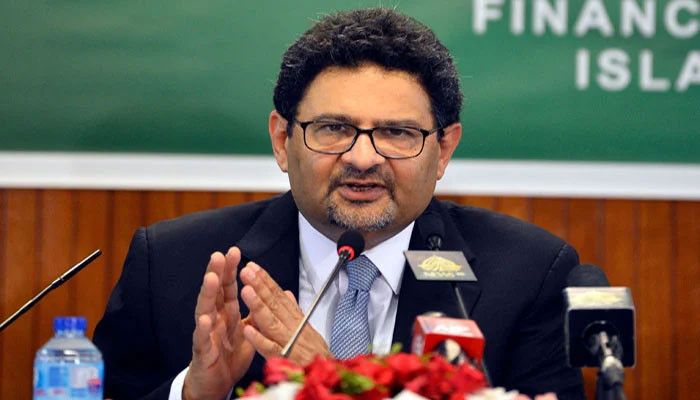 Federal Minister for Finance Miftah Ismail says he is not in favour of opening letters of credit (LCs) for imports, as he admitted that the dollar still remains under so much pressure .

While speaking to members of the Lahore Chamber of Commerce and Industry, Miftah said that the country could have gone bankrupt had the government not opted for the IMF deal. He added that things are getting better now.

In the same breath, Miftah said that a reprieve after the successful IMF deal had been marred by devastating floods that had impacted over 30% of the population.

He said foreign exchange needs of the country for the current fiscal would be hopefully arranged through institutional loans. However, the foreign exchange crisis would only be over once we succeed in increasing our exports. He said our exports were pathetically low at the moment as compared to imports, which was worrisome. “We invested more on consumptive ventures like marriage halls and shopping malls than on industries to create an exportable surplus,” The News reported him as saying.

Miftah said the tax to GDP ratio stood at 9% of the GDP against 11.5% in 2018 when the PMLN had left power. As a businessman, he was not happy about increasing taxes but lamented there was no way out. He said the last PMLN government had added 12,000 MW of power to the country but it was not utilised in manufacturing to create jobs.

“We have the lowest tax-to-GDP ratio in the region as well as the lowest national saving rates. Against the saving rate of 12% in Pakistan, it is 31% in India and 32% in Bangladesh.” He said even Sri Lanka had a savings rate of 18%.

The minister said after accounting for remittances of $30 billion and exports of around $31 billion, Pakistan still recorded a current account deficit of around $18 billion as our imports ballooned to $80 billion.

There would be no foreign exchange crisis if the exports reached 15% of Pakistan’s GDP which was in line with the country’s actual potential, he said.

Miftah went on to say that the power rates were high because our transmission and distribution losses were over 19%. In addition, the government failed to collect 10% of the bills generated by power distribution companies every month. He said an exceptional rise in fuels used in generating electricity had increased its cost.

“The global prices of oil had increased to around $100 per barrel. The RLNG, which we used to buy at 13% of the Brent Oil cost, shot up three times. One LNG shipment used to come at $134 million, now it costs three times higher,” he said, adding that coal had never exceeded $90 per ton but these days the price was above $300 per ton.

He said one-degree increase in temperature in Lahore increased the power demand by 800 MW. During the peak May heat, the government was constrained to engage all idle power plants irrespective of the cost of production. He said the Guddu power station during peak summer had produced electricity at Rs59 per unit.

“Still, we had to resort to five hours of loadshedding, adding power rates had been enhanced in line with the cost of power production. This is in line with the agreement we had signed with the IMF,” he said.

He said the subsidy provided by the prime minister to consumers below 300 units would be recovered from higher taxation on sugar and tobacco.

The finance minister said Pakistan under the PTI was selling petrol and diesel at much below the cost. He said the Saudi finance minister had told him that Pakistan was selling diesel at a lower price that even the kingdom. In the same way, the retail price of diesel in the UAE was higher than in Pakistan. He said it was illogical and destructive for the economy to sell oil below the landed cost. He said currently the government was earning Rs37.5 per liter from petrol sales and Rs7.50 from diesel. Under the deal with the IMF, he said levies on diesel must be Rs15.

Miftah in the end promised businessmen to ease their letter of credit issues in a short time. The issues had been delayed because of devastating floods in Pakistan. Bursts into tears, he said the plight of affected people was beyond comprehension.

“Millions are living without shelter. Over a million cattle have perished in floods,” the minister said.

He said 600,000 pregnant women are living in the open and giving birth to 2,500 children daily without adequate care. He appealed to the businessmen to donate generously, as the government alone could not cope with the situation.