Weather update: Will it rain again in Karachi today? 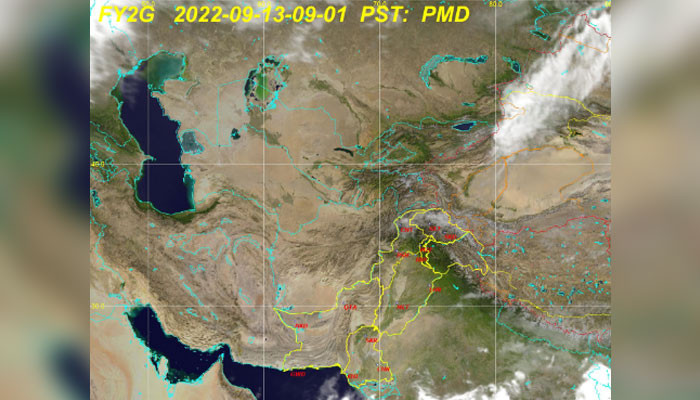 Karachi’s weather took a pleasant turn after a few days of sweltering heat as it started pouring unexpectedly on Monday.

Chief Meteorologist Sardar Sarfaraz has responded to whether the wet spell will extend in the metropolis.

Giving the weather outlook for coming days, Sarfaraz said that there is a chance of a downpour in Karachi this afternoon (Tuesday), while the wet spell is expected to continue in Tharparkar, Umarkot and Badin during the next two days.

He said that Dadu, Sehwan, Qambar and Shahdadkot may also receive rain. However, the spell will end in Karachi after today’s expected showers, which will likely end the intensity of heat, he added.

The Met department official said that the current showers are a part of the monsoon spell, which is no longer intense.

He said that another wet spell is likely after September 22.

Meanwhile, weather expert Jawad Memon said that windstorms and thunder will accompany showers in Karachi. He said that moderate and heavy precipitation may occur in different parts of the city under the effect of rain-producing clouds forming near Karachi.