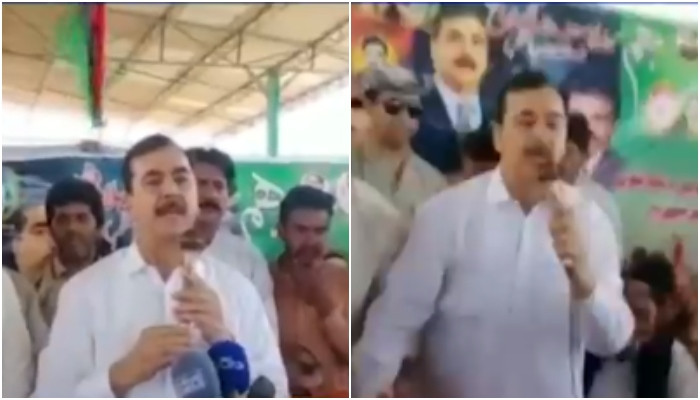 RAJANPUR: Former prime minister Yousaf Raza Gillani on Thursday fell off a stage while addressing the flood affectees in Rajanpur district of Punjab.

A video of the unfortunate incident shows Gillani delivering a speech to the flood victims when the stage tumbles down, making him trip.

However, the PPP leader did not stop and continued his speech while standing on the broken stage.

During the speech, the former premier said that heavy flooding has destroyed the properties of poor people.

Gillani said that there was a need to build a road from D G Khan to Fazilpur and Rajanpur, requesting the government to make a special policy for the flood victims.

A day earlier, PML-N Vice President Maryam Nawaz also fell from a table while addressing the flood-affected people in Rajanpur. The PML-N leader slipped off a table she was standing on, however, she was not injured in the mishap.

Maryam completed her speech while standing on the floor.