HomeWORLDUKBoy, 16, dies after going swimming with friends during heatwave in 'devastating...
WORLDUK

Boy, 16, dies after going swimming with friends during heatwave in ‘devastating incident’ 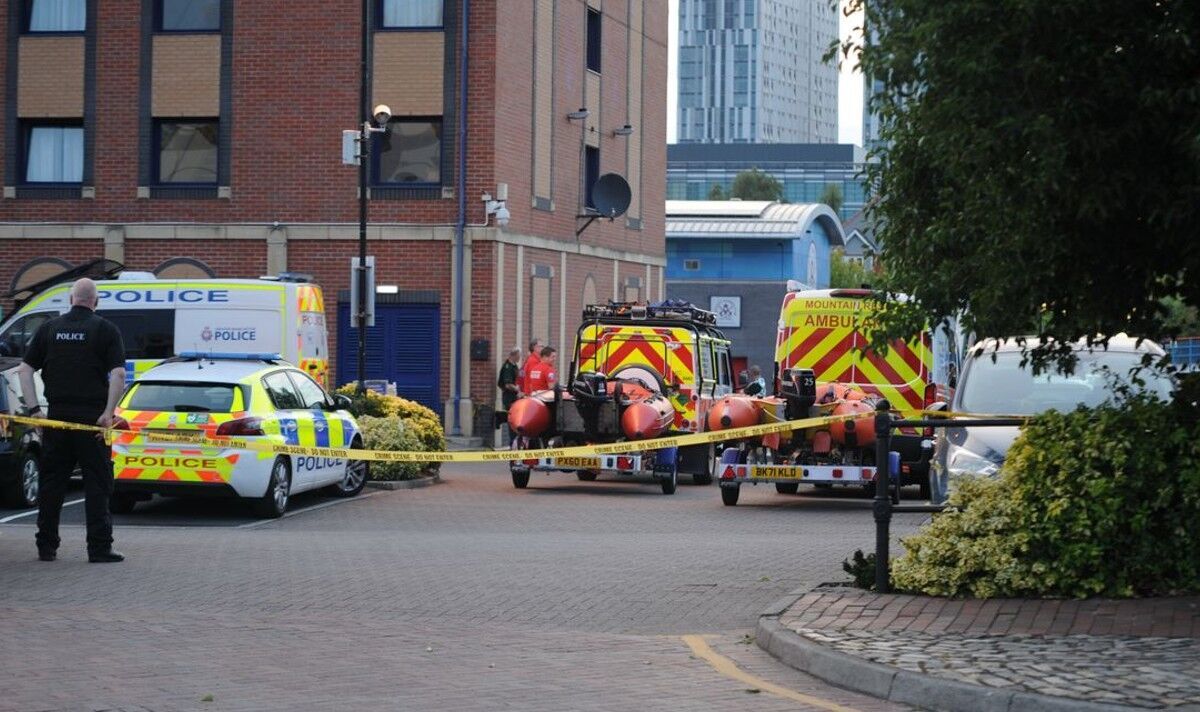 Saturday evening saw a major search operation after it was reported someone was struggling in the water. The group was swimming at Salford Quay, Manchester. The body was found on Saturday evening and recovered overnight. Police have not yet formally identified the boy and the boy has not yet been named.

In a statement on Sunday, GMP said: “The body of a teenage boy has been recovered from Salford Quays after we were called to reports of a person getting into difficulty in the water yesterday.

“Saturday. Shortly after 6.15pm police were called and emergency service colleagues from GMFRS and NWAS attended.

“Sadly, a body was located in the water later that evening and was recovered by specialist partners overnight. Although formal identification has not yet taken place, the body is believed to be that of a 16-year-old boy who was last seen struggling in the water after swimming with friends.

“His family has been kept updated and are being supported by specially-trained officers at this extremely distressing time. Enquiries are ongoing but detectives from Swinton CID are – at this stage – confident that there aren’t any suspicious circumstances, and a file is being prepared for the coroner.”

The death is the latest tragedy to occur at Salford Quay and comes as temperatures are predicted to rise to up to 40 degrees on Monday and Tuesday.

Council officials and police have urged the public not to cool off by swimming in quays or reservoirs or by jumping off bridges.

Detective Inspector Joanne Johnston, of Swinton CID, said: “Yesterday evening’s events are nothing short of devastating and my thoughts are with the friends and family of the young boy who lost his life in such awful circumstances.

“We are doing all we can to support the boy’s family at this incredibly difficult time, and we are focused on ensuring they get the answers they deserve as to how this tragedy occurred.

“From our enquiries so far, we are confident that there are no suspicious circumstances and that this is such a sad reminder of the dangers of entering open water, whatever the weather.

READ MORE: Carol Kirkwood broke down in tears on BBC amid split from husband

“We remind the public to avoid being tempted to cool off in reservoirs, rivers, canals or ponds. We all want to enjoy the warm weather; please make sure you do so in a safe way. Think of your family – look out for your friends.”

A level four “red alert” emergency has been declared by the UK Health Security Agency for the affected days as temperatures soar.

The area where the boy was swimming is said to be monitored by CCTV cameras all year and patrolled by police during hot weather.

The council has said that any under 18s caught swimming will receive a police warning while adults will receive a fixed penalty notice of £100. Letters have reportedly been sent to parents via the local schools warning of the dangers of swimming in the quay.