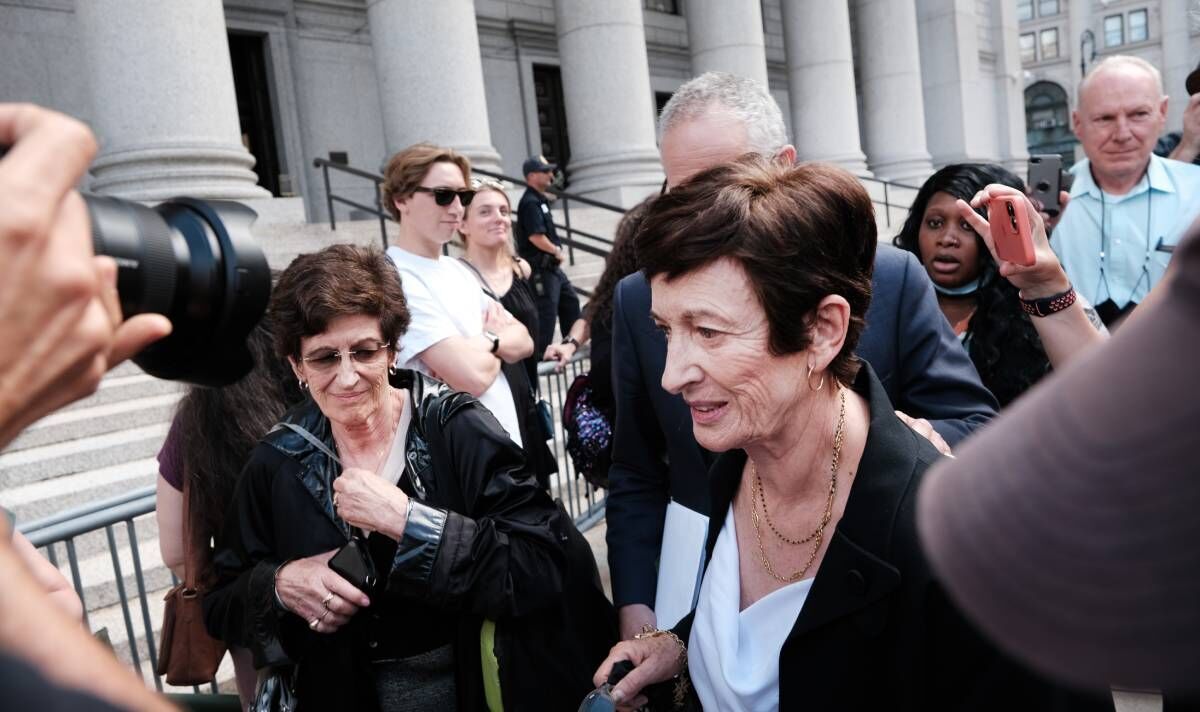 Ghislaine Maxwell, 60 was sent to prison last month after being sentenced to 20 years for her crimes of luring young girls to massage rooms for her ex-lover,  financier Jeffrey Epstein, to molest.

Narcy Novack, 65, was sentenced to life in December 2012 after being convicted the murders of her husband Ben, 53, who was a millionaire and Bernice, Ben’s 87-year-old mother.

Bernice was the wife of the late Ben Novack Sr and owned the Fontainebleau Miami Beach Hotel. The hotel was popular for having celebrity guests stay such as Frank Sinatra and Marilyn Monroe.

The two victims were murdered by hitmen hired by Novack and arranged by her brother Cristobal Veliz.

Bernice was found dead in April 2009 at her home and her death was at first ruled at as an accidental fall. However, when her son Ben was later found dead only three months later, the case was reopened.

The crime was completely shocking and the case became the subject of countless documentaries plus a 2015 Hollywood movie called Beautiful & Twisted.

It emerged Novack hatched a plot to keep hold of the £8.5 million inheritance, getting bus driver Veliz to hire Miami men to stalk and then attack Bernice.

The siblings were both convicted of murder, conspiracy to commit murder, domestic violence, stalking, money laundering and witness tampering.

Both Maxell and Novack have been reported to bond over their past lavish lifestyles sharing their similar tastes and interests.

Despite the severity of their crimes, Tallahassee is categorised as a low-security jail that has an array of courses and work placements for inmates.

A prison source said: “Ghislaine gravitated towards Narcy. Because of her length of time inside and the brutality of her crime, she is treated like a female don.”

“All the younger girls address her as ‘Miss Novack’ out of respect.”

“Ghislaine will have a modicum of protection through her friendship, but given their ages and millionaire backgrounds, they were always destined to get on well. They spend hours talking, laughing and joking.”

While Maxwell is due to be released on May 17, 2037, Novack will die behind bars as she has no possibility of parole.