HomeWORLDUKKing's goodbye as Queen's coffin is seen in public for the final...
WORLDUK 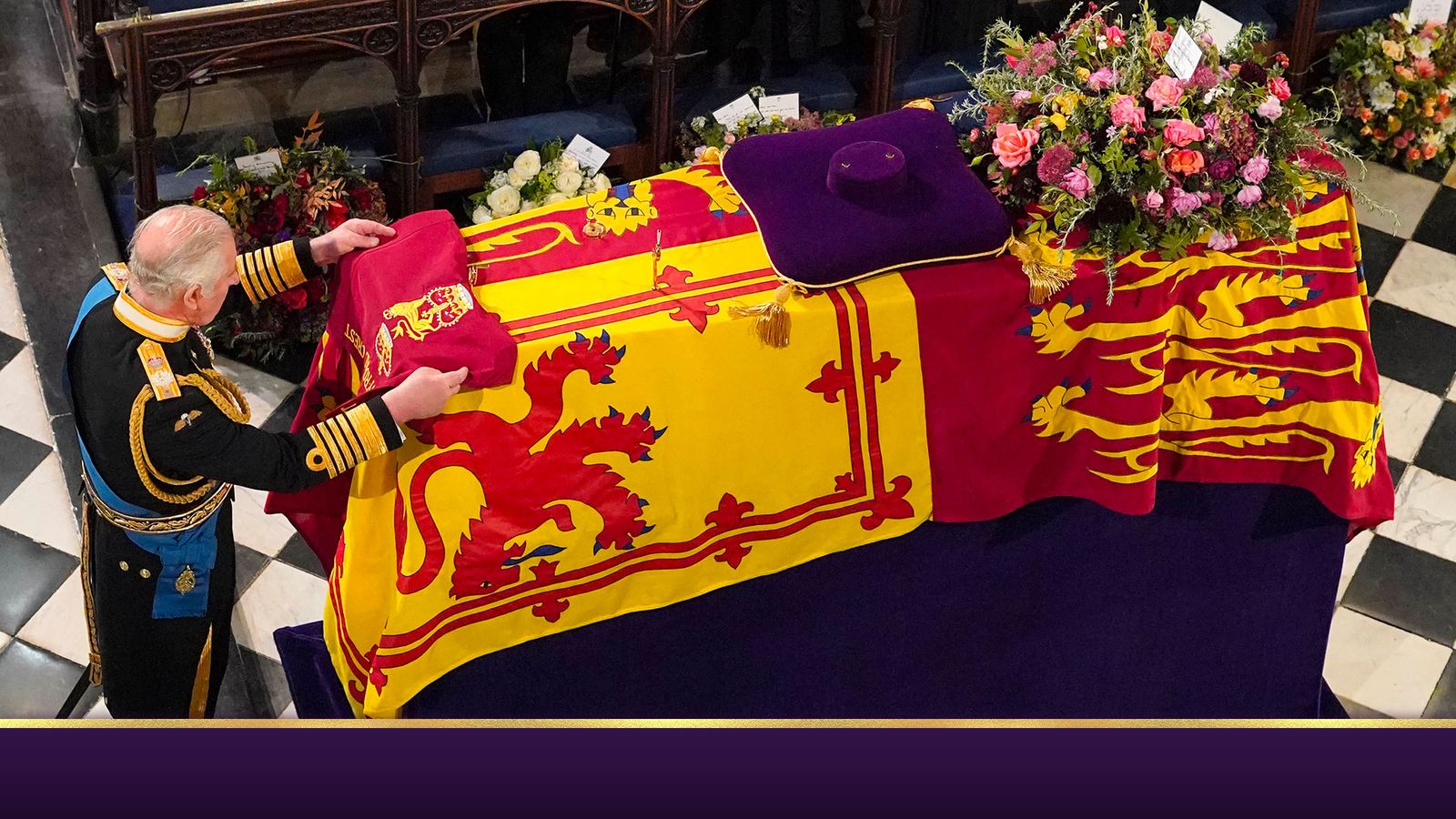 The Queen’s coffin has been pictured for the final time following a committal service surrounded by her family.

It was carried into St George’s Chapel in the grounds of Windsor Castle for the service after thousands of people turned out to pay their respects to a monarch who served them for 70 years.

Around 800 people, including members of the Queen’s Household and Windsor estate staff, attended the ceremony at the chapel.

The Dean of Windsor led the service, with prayers said by the rector of Sandringham, the minister of Crathie Kirk and the chaplain of Windsor Great Park.

Prior to the final hymn, the Imperial State Crown, the orb and the sceptre were removed from her coffin and placed on the altar.

The King placed the Queen’s company camp colour of the Grenadier Guards on the coffin.

A card in the flowers on top of the Queen’s coffin read simply: “In loving and devoted memory. Charles R.”

The note was placed on top of a wreath of flowers.

Cut from the gardens of Buckingham Palace, Clarence House, and Highgrove House, the flowers and foliage have been chosen for their symbolism.

They include rosemary, for remembrance, and myrtle cut from a plant that was grown from a sprig of myrtle in the Queen’s wedding bouquet, an ancient symbol of a happy marriage.

Later during the committal service, the Lord Chamberlain, the most senior official in the royal household, broke his “Wand of Office”, signifying the end of his service to the sovereign, and placed it on the casket before it slowly descended into the royal vault.

The late sovereign is being laid to rest in private this evening.

Her final resting place will be the King George VI memorial chapel, a small annex to the main chapel – where her mother and father are buried, and where the ashes of her sister, Princess Margaret, are kept.

The coffin of the Queen’s beloved husband, Prince Philip, has been moved from the royal vault to the memorial chapel to join her.

Earlier in the day, a funeral service for the Queen took place at Westminster Abbey which was attended by world leaders, politicians and celebrities.