Laura Kuenssberg opinion on Liz Truss: ‘She’s looked down on’ 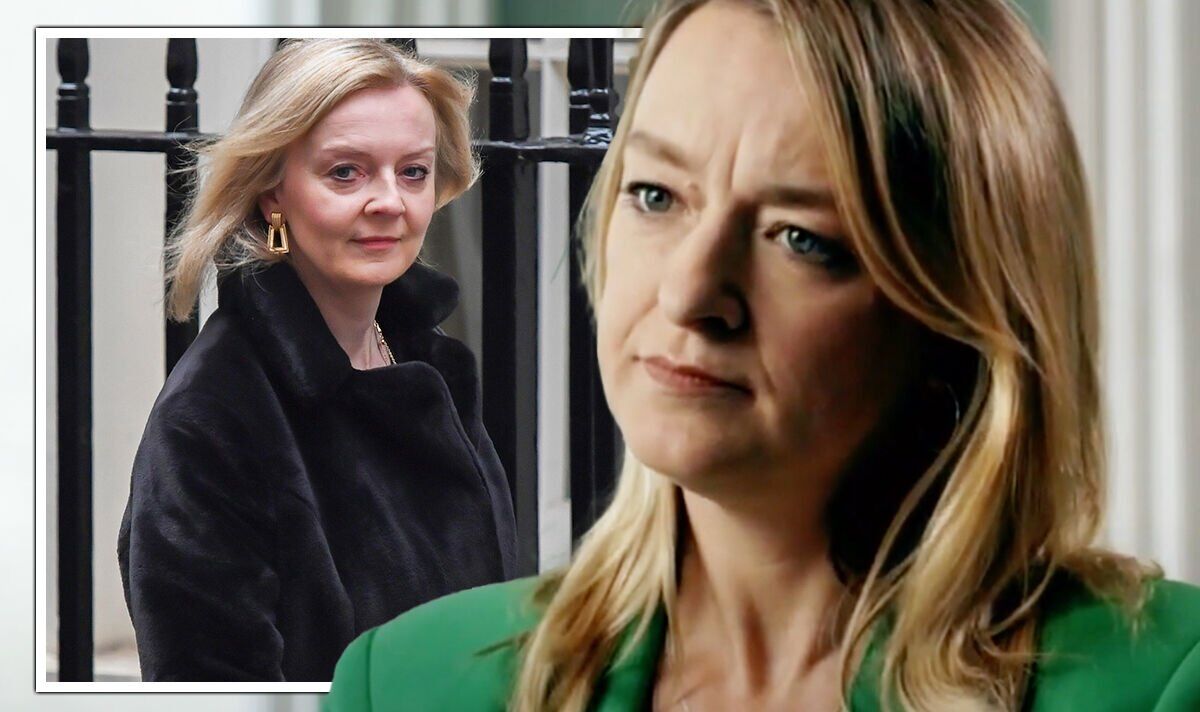 Soon, the next Prime Minister will be announced following Liz Truss and Rishi Sunak battling it out over the past six weeks. Voting has now closed. Former BBC political editor, Laura Kuenssberg, was interviewed in the Sunday Times ahead of the launch of her new programme, Sunday with Laura Kuenssberg, which will likely be covering the anticipated result. The new political flagship show is replacing what was Andrew Marr’s slot, currently overseen by news presenter Sophie Raworth.

The 46-year-old, whose distinguished career has involved leading the narrative on major unfolding stories, has given her two cents on Ms Truss.

Ms Truss is widely expected to be the United Kingdom’s next prime minister and leader of the Conservative Party within a matter of days.

Ms Kuenssberg told the Sunday Times how she thought Ms Truss is often looked down on by those she managed to outwit or outlast.

Not only this, but Ms Kuenssberg believes that without Boris Johnson and his becoming Prime Minister in 2019, the UK may never have left the European Union.

She continued: “He will, without doubt, always be seen as a prime minister of huge consequence.

“Because whatever you think of the UK decision to leave the EU, there’s a decent argument to be made that his involvement tipped [it], but there’s also a decent argument that if he hadn’t won the Tory leadership in 2019, it [Brexit] wouldn’t have happened.

“So he will have a chunky chapter in UK history. Then being the prime minister who was in charge during the pandemic, not least the PM who nearly lost his life to the disease.”

In an interview with Vogue for its September issue, Ms Kuessenberg said it was Mr Johnson’s “personality and behaviour” which ended his tenure as Prime Minister.

Writing on social media in March, Ms Kuenssberg said: “I’m extremely happy to say that I’ll be in the BBC politics chair on Sunday mornings from September.

“It’s a genuine honour and real thrill to be working with an amazing team on the show, can’t wait to get started!”

But he decided to leave the corporation in a bid to “get his own voice back” as he had become “frustrated” at “self-censoring” his opinions, he told the Daily Mail.

The first Sunday with Laura Kuenssberg will air on BBC One at 9am on September 4.