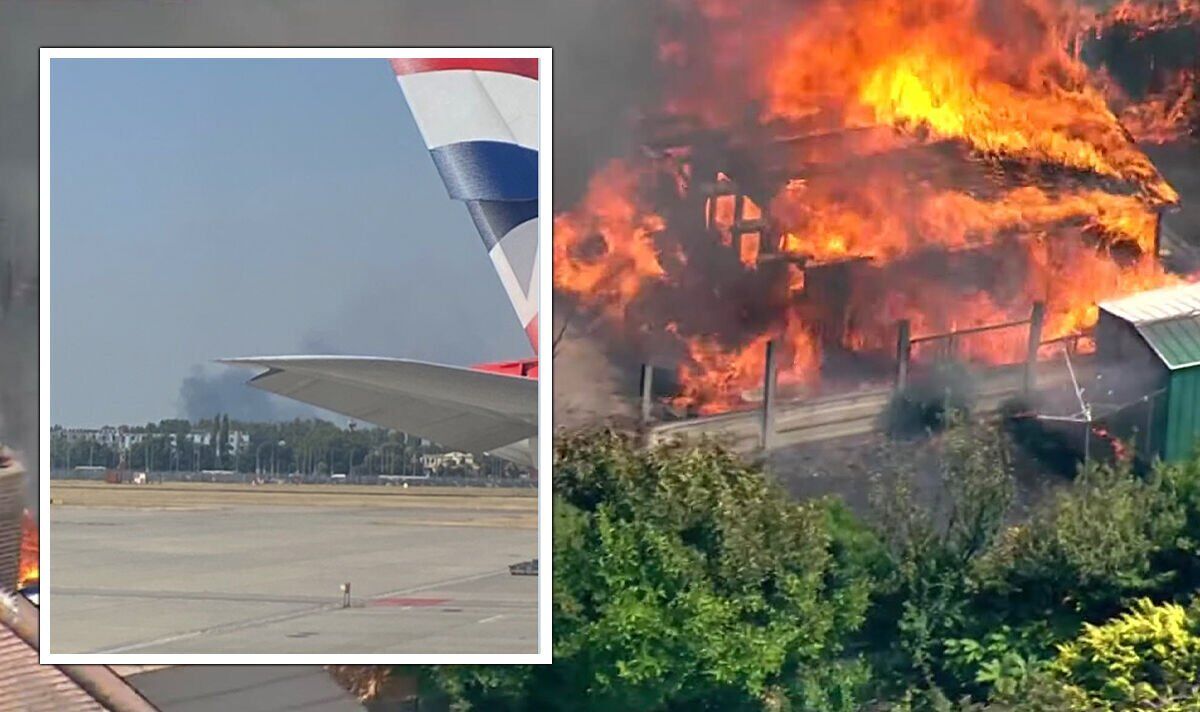 A picture on Twitter showed smoke rising near the London airport at around 3.30pm on Tuesday.

Heathrow recorded a temperature of 40.2C at 12.50pm, the first time temperatures have ever exceeded 40C in the UK.

The London Fire Brigade has also declared a major incident in response “a huge surge” of fires raging today, according to the Mayor of London Sadiq Khan.

About 175 firefighters are on Pea Lane in Upminster, east London, with smoke billowing over the M25 motorway.

More than 85 firefighters are at the site of two fires in Croydon woodlands, to the south of the capital.

Eight fire engines with 60 firefighters have been sent to tackle one of these, in Shirley Hills.

Another four fire engines are also at the site of a grass fire on Chapel View in south Croydon, where woodland and undergrowth is alight.