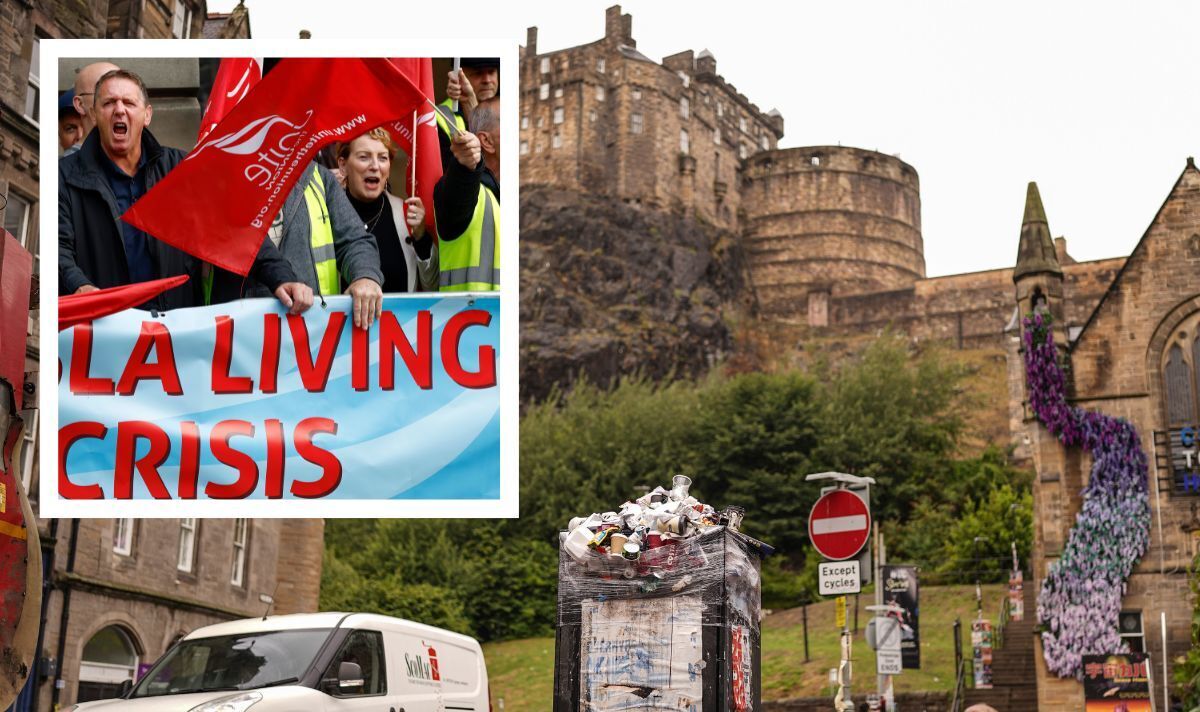 The first strike began on August 18 at the height of the Edinburgh festival, and images of rubbish piling up in Scotland’s capital city have gone viral on social media.

The current twelve-day strike bin strike in Edinburgh is set to end on Wednesday, but a second strike will begin from September 7 until September 15.

The trade unions representing waste workers, Unite and GMB, have both rejected the new pay offer from Colsa, the organisation representing the Edinburgh council.

Unite said on Monday the previous days of negotiation had been a “waste of precious time”.

Mark Fergason, Chair of Unison’s local government committee, has said the strikes had been a “last resort”

Unison, another union, said they will put the decision to a vote amongst its members but recommended the offer be rejected.

The council has offered every worker at least a payment of £2,000 but unions have been unhappy about the one-off payment and wish for a better deal for their poorer workers.

Cosla has said they were “disappointed” by the union decision and have said the current offer was “as good as it gets.”

Katie Hagmann, a spokesman for Cosla said: “Employers have done everything possible to put the best offer we can to our workforce.

“But we are now at the absolute extremes of affordability and this is already an offer which is stretching our already stretched finance like never before.

“My final point to the trade union colleagues is that we have done everything we possibly can to get to this stage and that this offer – which is still on the table – is as good as it gets.”

The Scottish Government said it has committed a further £200 million over two years for council worker wages, in addition to the £140 million it had already announced to try and end the strikes.

He said: “No deal is perfect and I wish we could go further but this deal does offer significant increases for those on low pay”

Public Health Scotland has also expressed concern about the overflowing waste in Edinburgh and asked councils to decontaminate areas with overflowing rubbish.

They said the waste build-up “can become a risk to human health.”

Andrew Watterson, a professor of public health at Stirling University has said there is a growing concern people will begin to burn their rubbish which could cause health risks.

He said: “People could pick up all sorts of diseases that you might well associate with problems with food. If people decide to burn the waste the short-term problems would be things like headaches, nausea and rashes.”

Other experts have warned that vermin may be attracted to the rubbish and bacteria could spread while warning that the public should not touch the waste.