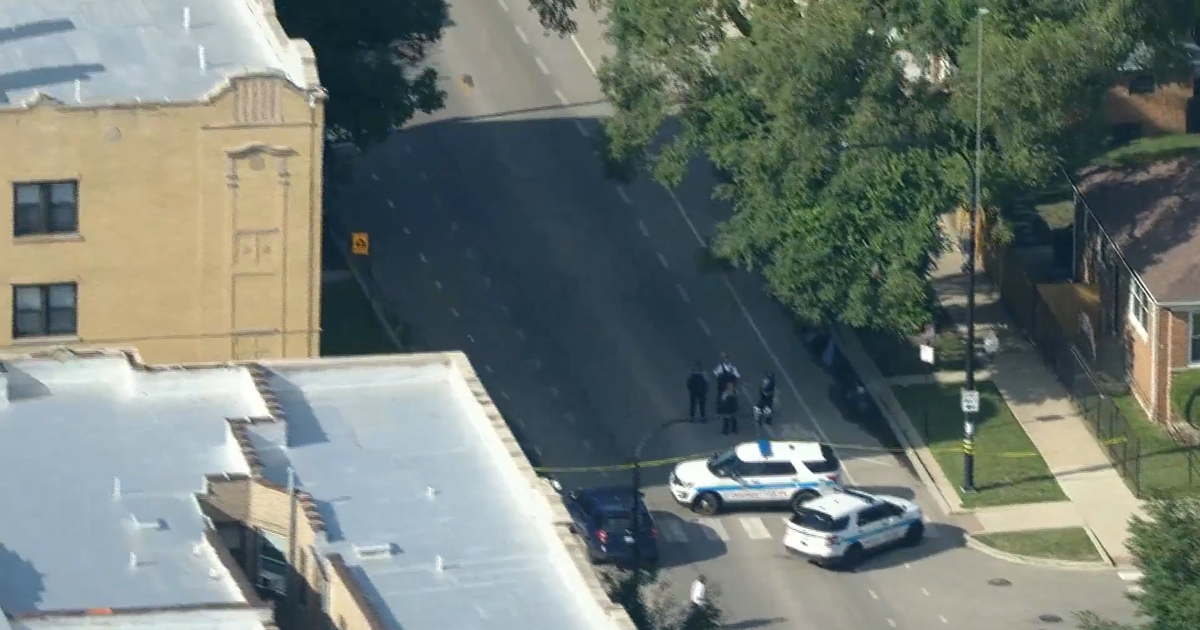 As CBS 2’s Marybel González reported, one of the teens was left in critical condition and was fighting for his life at Stroger Hospital of Cook County Monday night.

Earlier at the scene, a resident said she watched a fight that preceded the shooting happen right outside her window. We also obtained video of the moment the fight amongst multiple young people got out of control – spilling from the parkway onto the sidewalk before shots were fired moments later.

“It’s very sad and kind of frightening,” said the woman, who wanted to remain anonymous.

The fight and shooting happened around 2:30 p.m. in the 400 block of South Laramie Avenue, near Van Buren Street.

The scene is located only a couple of blocks from Michele Clark Academic Prep Magnet High School, 5101 W. Harrison St. It was not immediately learned whether any of the teens attended the school.

“School just started Monday, and they were all coming from school – you could tell, because school had just let out,” the woman said.” At first, they were just laughing and playing – I thought they were just being kids – and then I turn and look at the other way, and the kids were running.”

A 17-year-old boy was struck multiple times on his body and transported to Stroger Hospital of Cook County initially reported in critical condition.

Another 17-year-old boy was struck in the ankle and was transported to Stroger Hospital initially reported in good condition.

A 19-year-old man was struck in the back and arm and was transported to Stroger Hospital initially reported in good condition.

It was unclear late Friday night who fired the shots.

“I thought he got beat up because they were beating them up – but I didn’t know that he had a got shot,” the woman said.

Several blocks were taped off for hours while police officers spoke to neighbors and collected evidence. In the middle of the sidewalk, an electric scooter was seen lying on the ground with several evidence markers surrounding it.

“I hope and pray that they can get some help with good direction, because they’re our future – and it’s frightening,” the woman said.

As of Friday night, it remained unclear what sparked the fight. No one was in custody in the shooting.