HomeWORLDUSA77-year-old who went viral for singing at Hamilton Goodwill Store hopes to...
WORLDUSA 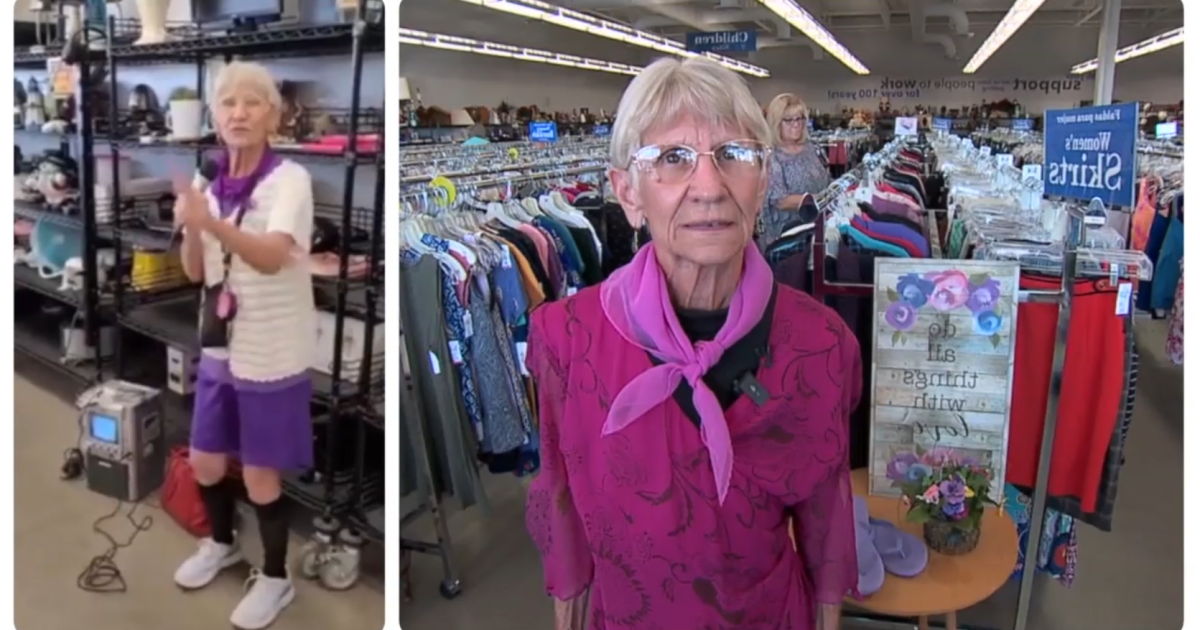 HAMILTON, Ohio — One local woman is making waves online for her impromptu singing, but those who know her best say she’s doing more than entertaining.

Deanna Garvin, 77, said she loves to sing at nursing homes. After her karaoke machine broke, she wandered into the Hamilton Goodwill Store and found herself a replacement.

When she started singing inside the store, stranger John Schuerfranz stopped and recorded her.

“I heard this lady singing and I thought, ‘Well I gotta see what’s going on,'” Schuerfranz said. “So I got my phone and started taping it because I thought, ‘I gotta share this with the world because this lady is an angel right here with her voice.'”

More than 35,000 people watched Schuerfranz’s Facebook video of Garvin singing, “He’s Got the Whole World in His Hands.”

Television stations across the country shared the clip, and Garvin became a viral sensation.

“I’ve never had this much attention in my life,” Garvin said. “I might get used to this after a while!”

Garvin’s family said they have no clue how she has that much energy, but “if we could figure it out, we would bottle it.”

For now, they and the rest of the interest, are just enjoying it.

Garvin said she has the machine she found at Goodwill — and she didn’t even have to pay for it.

“A lady bought it for me,” Garvin said.

She said she likes making people happy and hopes to head back out to local nursing homes and sing for them.